Put Performance First!
We can help you — let's talk.

When Innovative Learning Group Graphic Designer and Media Developer Zach Swisher approaches a client project, he does so with a mantra: “problem solving through aesthetics.”

“To me, the most exciting part about design is actually seeing it in action in the real world,” he says. “If your design isn’t functioning, aesthetics won’t save it. This becomes brutally clear once ‘the rubber hits the road’.”

Zach has applied his brand of design to many ILG client projects, including those in the automotive, business services, chemical, consumer goods, information technology, and medical technology industries.

In addition to his design approach, Zach also loves “geeking out” on things such as augmented reality, artificial intelligence, and other immersive environments.

“I consider myself lucky to be in an industry with so much emerging technology,” he says.

Prior to ILG, Zach played an integral part in the design and architecture of several adaptive online courses; these have changed the way people learn. He has also been a part of several branding initiatives and marketing campaigns.

In addition to the standard designer tools, Zach is proficient in After Effects and Premiere Pro, as well as Pro Tools for audio editing. He earned a certificate in audio production and engineering from Washtenaw Community College in Ann Arbor. 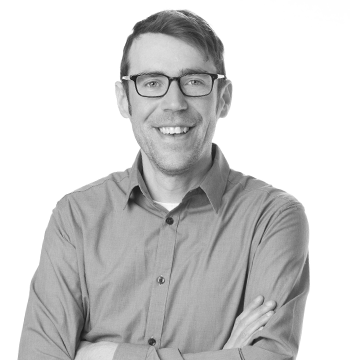 Brand on the Run…

The Importance of Brand Guidelines At Innovative Learning Group, my days are filled with creating the “look” for the custom learning solutions we...