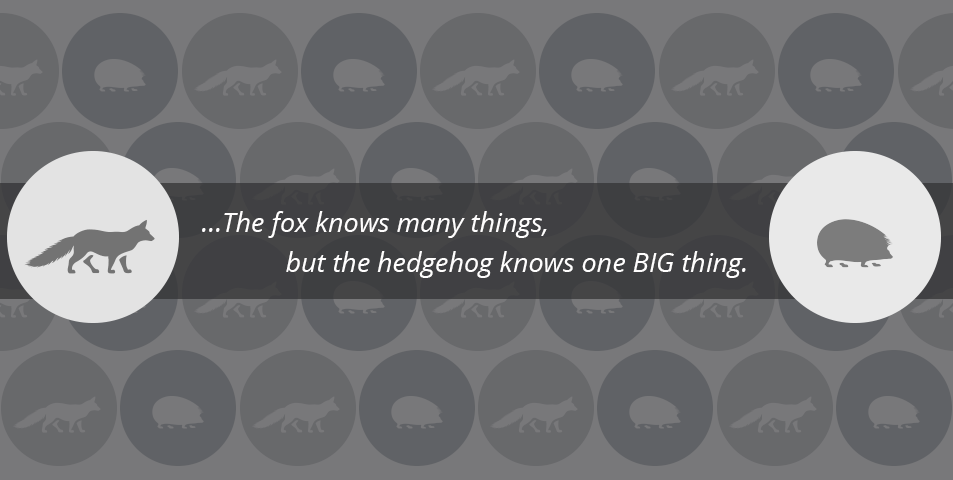 The Hedgehog and The Fox

Philosopher Isaiah Berlin’s essay The Hedgehog and the Fox has generated discussion and debate for more than 60 years. Berlin titled his essay in homage to a fragment attributed to an ancient Greek poet, Archilochus.

We probably take it too seriously. Berlin himself lamented as much. So let’s have some fun. It’s sort of an intellectual game, after all!

Starting with the obvious: it’s a classification, right? You’re either a fox or a hedgehog. Perfect. Easy. Simple.

That classification allows us to consider several possible differences:

Wouldn’t it be nice if it simply boiled down to two types of people? Unfortunately, that’s where the game ends — it’s not that simple, and this isn’t scientific, it’s philosophical.

An organization probably would rather be a fox, like Apple, than a hedgehog, like Kodak. But maybe if you’re Harvard, it’s OK to be a hedgehog.