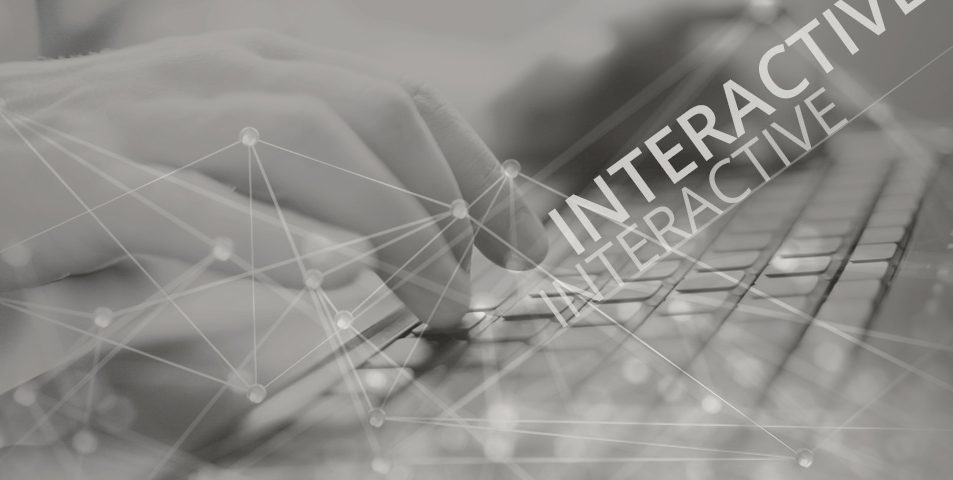 Not Quite E-Learning But More Than a Job Aid

One of my first learning industry projects was in the late ‘90s, when printed PowerPoint facilitator guides and corresponding participant guides were all the rage. Within 10 years, e-learning had replaced many instructor-led training (ILT) sessions, which makes sense when you think about it, and why not? When done well and for the right reasons, self-paced e-learning can be as effective, saves on travel costs, and as a bonus, is eco-friendly.

Jump one more decade and where are we now? We have augmented reality, virtual reality, mobile learning, and many other options, all of which could be the right solution for your performance problem. And while e-learning is frequently the go-to for self-paced learning, there’s another underused option to consider — the interactive PDF (iPDF).

What is an iPDF?

Interactive PDFs fall somewhere between e-learning and a job aid. They’re usually a simple layout with simple navigation icons and have a table of contents (text or graphics) linked to the corresponding locations in the “document.” iPDFs are similar to websites but without all the programming or content management system. Like websites, they can be very visual and can have pop-ups. iPDFs may also include open text entry fields for note taking or essay answers (knowledge checks) and can provide feedback at a basic level.

Since they don’t require uploading to a learning management system (LMS), iPDFs are easier to update when content changes. Another benefit is that they can be created in tools that most people already have, such as Word or PowerPoint, although many clients choose to have their iPDFs created using InDesign for more sophisticated design elements.

When is an iPDF the right solution?

It’s important to recognize that an iPDF isn’t the right solution for every learning need. Once you understand your audience and write your learning objectives, you may discover that an iPDF is a perfect solution. When considering an iPDF, the following are some other points to consider:

Content. Will the content be changing a lot? Does the content need to be very stylized? Will the content connect to multiple freestanding sources (i.e., job aids, reference guides)? One drawback to iPDFs is that users can download them and use them offline without the ability to get a new version automatically if the content is updated.

Examples of When an iPDF Was the Right Solution

I recently had an IT client that needed to take learners though new software, but e-learning wasn’t a viable option for several reasons.

Keeping all those points in mind, our team created an iPDF that included screen shots with callouts and provided context for the changes. It walked learners through the actual steps to use the software, and it also told the story behind the changes so learners would know when to use the new software and how it fit into the sales process.

As part of a change management initiative, another IT client needed learners to prepare for the implementation of Cloud technology. While this was a blended solution with ILT and coaching on how to use the technology once launched, this client set multiple goals. Learners needed a way to walk through the pros/cons of the new technology, document questions and ideas that could be shared during in-person sessions, and, ideally, use the created document as a reference once they began using the new technology with their own customers. The approach for this iPDF was essentially an interactive workbook.

The iPDF walked learners through two different lessons with knowledge checks (open-ended questions). When learners clicked to the next “screen,” suggested answers were shown so they could check their work. It was also translated into multiple languages

In another example, a medical technology client wanted a series of procedures that were already documented in individual source documents collated into a single reference document that would be available on-demand. Users needed to be able to jump around the various procedures to reference process steps. In this case, the content was very stable and the iPDF functioned very much like an electronic handbook. Because the content needed to be accessed in high-security locations without internet access, the iPDF was a perfect solution.

This particular iPDF demonstrated how to organize a large amount of content for easy reference. Part of this project also included time to teach the clients how to update the iPDF on their own.

These are just a few examples of how ILG has used iPDFs across multiple industries. The next time you’re faced with a learning project that doesn’t fit into an e-learning mode and you know a job aid won’t cut it, consider the underused iPDF!